The Ocean’s Plastic Diet: The Impact of a Human Habit 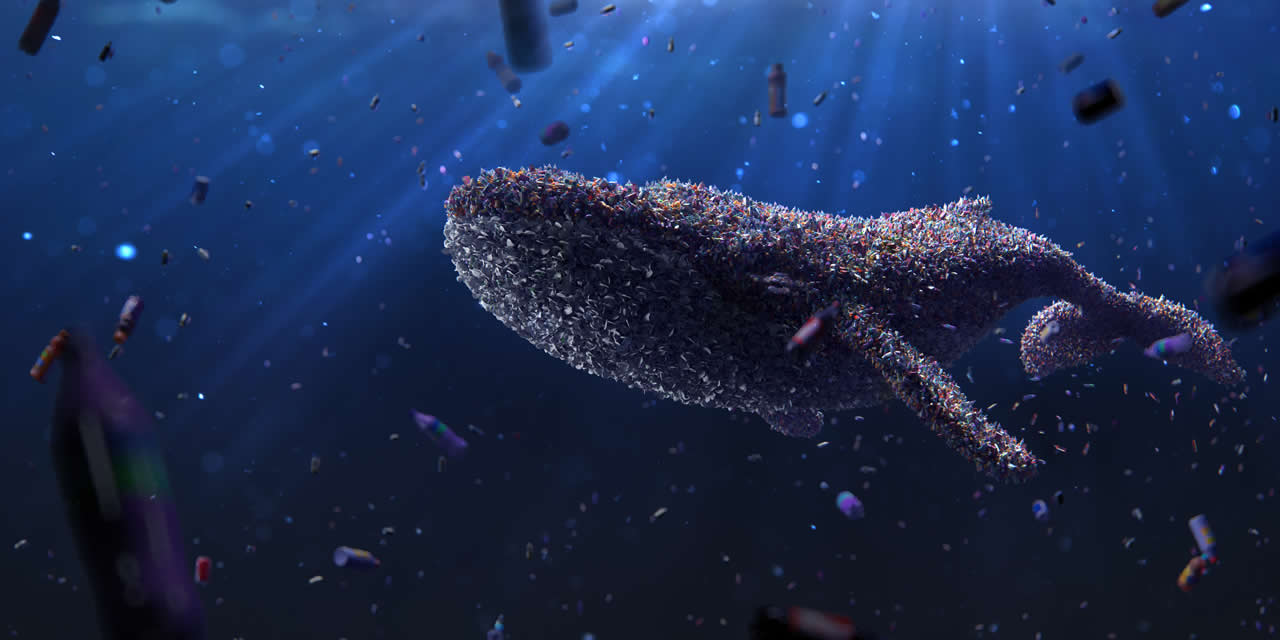 Unless you have been living under a rock (and not one anywhere near the sea), you will have some kind of awareness of the plastic crisis currently swamping the world’s oceans. Single-use plastics, such as bottles, bags and food packages, have been in use for a relatively short time; we have only been using them for around 50 years. During that short time, the human race has managed to choke the world’s oceans with waste plastic to such an extent that the marine life across the globe is in serious peril.

Over recent years no doubt you will have seen many images of seabirds with beer can plastic stuck around their necks, sea snails taking up residence in old bits of plastic and various species of fish wrestling with a wall of discarded carrier bags. In fact, these images are so commonplace that they have almost lost their impact, which is a tragic fact. Although our attitudes are generally shifting significantly, and big ideas have been put in place to start to deal with this problem, it is not going to disappear anytime soon. Take this recent story for example…

A Stranded Whale Dies in Thailand

Very recently, at the end of May 2018, this incident occurred. A whale had gotten stuck in a canal in southern Thailand. Although the locals did their best to protect it and nurse it back to health, after five days struggle, it passed away. We don’t know how this whale came to enter the canal, but we do have a good idea as to why it could not fight its way back out and we do know exactly why it died.

After its passing, it was discovered that the whale had around 80 plastic carrier bags in its stomach. It had either mistaken the bags for food, or they had accidentally made their way into its mouth along with other prey. Ultimately, this is what killed it. Not only will the bags have clogged up its internal organs, the chemicals present in the plastic will also have seeped into its system. 80 plastic bags amounts to around 8 kilogrammes of plastic, much of which the whale coughed up just before it died. Read the full story here.

This seems horrific when it happens right in front of our eyes, but it cannot be uncommon. We do not know how much sea life has passed in a similar way, as around 90% of the world’s oceans have never been seen by human eyes. But it would not be unrealistic to imagine an ocean floor littered with deceased creatures who have fallen foul to the plastic onslaught on the sea.

So, how big is this plastic problem? Pretty big. Currently, it is estimated that our oceans receive nearly 13 million tonnes of waste plastic every year! That is the equivalent of your local rubbish truck emptying a full load into the sea every minute of every day, all year long. This plastic includes everything from traffic cones, food crates and old guttering to bags, bottles, microbeads and even toothpaste caps!.

This problem is affecting every corner of the planet. The currents present in the world’s oceans are strong and interconnected. The bottle you drop in the Thames in London could end up on the Egyptian coast or frozen in ice somewhere in the Arctic Circle. The plastic problem is impacting every level of the aquatic food chain in every environment on Earth. This fact means that plastic is also turning up in the fish and seafood that we find on our own plates. Yes, your next fish finger sandwich may also contain plastic.

This surely is a disaster, but there is still time. There are huge companies now putting a great deal of energy, resources and money into clearing our seas of an estimated 80 million tonnes of plastic. Other companies are making bold moves towards reducing or even irradiating their use of single-use plastics in their services and products.

The government is also getting involved by working towards stricter regulations around the use and production of plastics and their disposal. There are also several loopholes in the law that they are looking to close.

How Can You Help?

It’s not all down to the big companies. We all need to be doing our part. It may seem like you changing your behaviour around plastic will be insignificant, but us all thinking that way cumulates in a big problem that won’t go away. It is our responsibility to change the culture around plastic use, together. Here are a few ideas on how you can help out…

We hope this article has raised your awareness, even just a little bit, and that you'll start making tiny adjustments to that could ultimately lead us all to a greener planet.