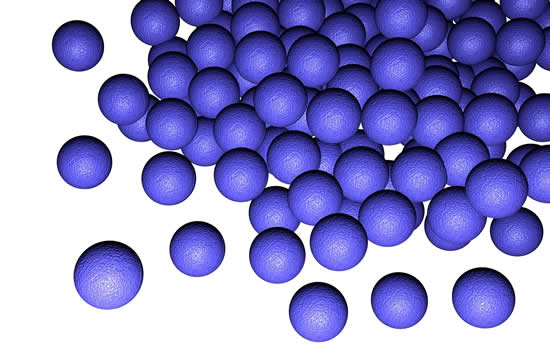 New scientific evidence has shown that ocean dwelling creatures living at depths of up to 6,000ft have for the first time been found to have eaten micro-plastics.

Dr Michelle Taylor, of Oxford University, the lead author of the study is quoted as saying:

"The main purpose of this research expedition was to collect micro-plastics from sediments in the deep ocean - and we found lots of them. Given that animals interact with this sediment, such as living on it or eating it, we decided to look inside them to see if there was any evidence of ingestion - What’s particularly alarming is that these micro-plastics weren’t found in coastal areas but in the deep ocean, thousands of miles away from land-based sources of pollution".

The research conducted by British scientists from Oxford and Bristol University, which took place in the mid-Atlantic and south-west Indian Ocean, uncovered evidence of the harmful 'microbeads' in a range of creatures including sea cucumbers, hermit crabs and squat lobsters. The sea creatures were collected using a remotely operated underwater vehicle.

Laura Robinson, a professor at Bristol University, said: "This result astonished me and is a real reminder that plastic pollution has truly reached the furthest ends of the Earth".

It now seems increasingly likely that these plastic contaminants found in a variety of cosmetics and cleaning products will be banned in the UK by the latter part of 2017. There have been a growing number of studies that are leading to the same conclusion; that microplastics are a growing threat to marine life, and the ecology of the world in general. The types of plastics found include nylon, polyester and acrylic.

The House of Commons Environmental Audit Committee have claimed that one single shower can result in up to 100,000 microbeads finding their way into the ocean. Statistics like these are increasing the pressure on countries around the world to also adopt the ban.

The British scientists working on the study claim that it's the first time the harmful micro plastics have been found at such astonishing depths. Micro plastics are about the same size as the typical organic material which constantly sinks from shallower waters. The 'marine snow' is a vital source of food for creatures that live in deeper waters and as a result, they are now ingesting the plastics beads as well.

If you'd like to know more about the progress of the ban, either visit the Parliment website or read the Environmental Audit Committee's report.

We're a professional skip hire company covering most of Sussex including Brighton, Hastings and Crawley.