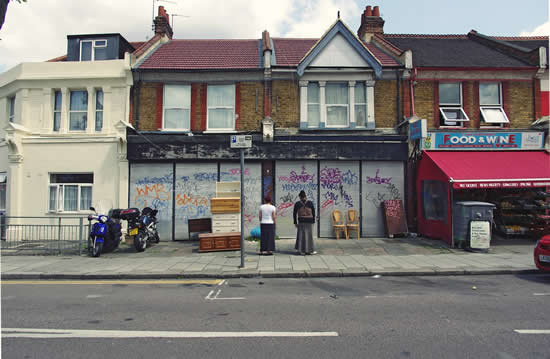 Several thousand Manchester residents are livid that the size of their grey household wheelie bins have been reduced by the local council from the original 240 litre capacity down to just 140 litres; a reduction of around 40%.

Despite the changeover costing around £1 million, the council hope that it will save an estimated £2.4 million on landfill costs each year and will also encourage users of the smaller bins to recycle more of their waste.

There are concerns that the reduction in size will bring about a spike in fly-tipping as residents will have less room in the new wheelie bins to dump their unwanted trash. This has led to thousands of householders demanding that the council do a U turn and reinstate the original 240 litre grey household wheelie bins.

There has also been a mention that the smaller bins will lead to 'ghost dumping', where people put their waste in their neighbours' bins due to the lack of space in their own.

The Rusholme Community Traders Association (RCTA) launched the 'Save Our Bins' campaign a month ago and already have the backing of nearly 6,000 residents and business owners. It's claimed that members of the RCTA group have already raised concerns about an increase in flytipping and say residents weren’t properly consulted on the change.

One of the main concerns is that, as residents don't have enough time to adapt to the change, the smaller bins will lead to a sharp increase in the amount of litter that will inevitably be dumped outside their houses beside the already full-up bins.

RCTA secretary Amar-Ul-Haq Choudhry said there was already evidence of increased fly-tipping and a rise in the rat population in nearby Whalley Range and has also said that he's concerned that nearby Rusholme will follow the same pattern.

To add to the residents' woes, questions are also being asked about the purpose of tiny gadgets they're now finding in their shiny new wheelie bins.

Householders are suspicious that the miniature gizmos could be used to monitor how much rubbish they were throwing away, and to dish out penalties to those suspected of not recycling enough.

However, a member of Manchester council claims the devices are simply ‘digital identity tags’ to keep track of the new 140 litre bins to help reduce theft and loss.

One member of the community group in Levenshulme, Chrissie McCall, has been helping spread the word about the petition and is quoted as saying:

"Residents are being forced into a position whereby they’re going to be fined. Many households are already struggling with the larger bins, despite recycling everything possible. Forcing a reduction in bin size is going to cause big problems for a lot of people. They’ve (the council) gone ahead with this without proper consultation.”

Nigel Murphy, the Town Hall’s executive member for neighbourhoods has responded by saying said that households can order extra or larger recycling bins and kitchen caddies for food for free and has also said that increasing the range of plastics for recycling is not ‘currently financially viable’ and claims that only 25% of typical household waste needs to go in the grey bin.

"The changeover to grey bins has already been implemented successfully in south Manchester and we are not seeing a significant increase in incidents of ‘side waste’ being presented outside of bins.Where this does occur, we’re contacting the households concerned and will continue to work with them. We’re doing all we can to promote recycling, but we know that engagement with communities citywide is vital to the success of this initiative. We would be delighted to work with the Rusholme Community Traders Association and any other interested local community groups, to ensure that our push to boost recycling across Manchester is as successful as possible.”

If you'd like to keep up to date with this story, then visit their 'Save Our Bins' (SOB) petition page.