Jack in the Green Hastings 2022 May Day Festival

One of Jack's Bogeys from the Hastings parade. Image courtesy of Nicklott

There's no doubt that the last couple of years has been a rocky road for the Hastings Jack in the Green festival. We won't dwell on the past as it's the time of year when we're looking ahead to warmer and longer days. With this in mind, we're delighted to see that, so far, it appears that this long-celebrated tradition unique to Hastings may actually take place this year - Yes, in the real outdoors, with real people, real spectators, real, live acts and of course... Real Ale!!

As such (all being well), you'll be able to watch the sunrise ceremony as well as all the other entertainment which will most likely include the famed Morris dancers and a jam-packed smorgasbord of other entertainment such as, drumming, singers, live bands etc. The old JITG website is no longer operational so the link below goes to the new one. We suggest that you bookmark the new website and check back regularly for the latest updates for 2022 and for more details of what will be taking place over the May Day Bank Holiday weekend.

This year, the Hastings Jack is back to running over a four day period from Friday 29th April to Monday 2nd May 2022. So, we once again get to enjoy taking Monday off work to celebrate the final day.

If you're not in Hastings, then it's still well worth the effort to make the journey there (especially on Monday 2nd) when the festival culminates with the main Jack in the Green Parade through Hastings Old Town. It's an ideal way to spend the long weekend and, as always, there's a whole heap of things to see and do for all the family.

In case you're not aware, the weekend is choc a bloc with a broad spectrum of music, historic activities and a range of social events. The Jack in the Green runs as a registered charity so please take a moment to visit the official website for more details about what's happening this year.

Jack in the Green timetable for 2022

As always, the weekend's festivities draw to a close on Monday (probably between 4 and 4.30pm) at West Hill with the Slaying of the Jack. His demise signifies the release of the Spirit of Summer for the coming year.

General History of The Jack in the Green

The Jack in the Green festival dates back to the 16th and 17th centuries in England. Originally it was a May Day celebration where people would make garlands with flowers and greenery. The garlands became increasingly elaborate as work's guilds would compete against each other, eventually so extravagantly that they covered the body entirely. The garlands were originally carried by milkmaids during May Day Parades - They became larger and more intricate to the point where they would balance them on their heads whilst the rest of their bodies would be adorned with silver houseware. 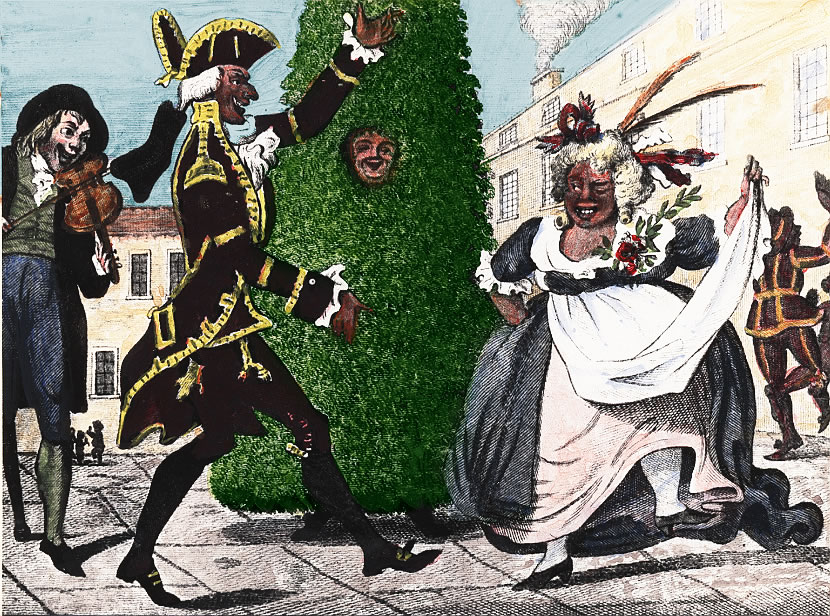 The Chimney Sweep's guild, not to be outdone by this and also to earn more coins from the watching crowds, upped their game to the point of covering their whole bodies in a framework covered in foliage and flowers. This became known as The Jack in the Green, a familiar participant in May Day Parades. The garlands are made out of a framework usually conical or pyramid in shape, covered in different types of fauna and flora.

May Day was traditionally a holiday for the Chimney Sweeps and became known as “Chimney Sweeper’s day”. If you live in Kent, you'll probably be aware of the Rochester Sweeps Festival which usually takes place at the same time as the Hastings event. The association between the Jack in the Green and chimney sweeps continues today. Jack in the Green became known as a practical joker associated with licentious and bawdy behaviour which soon became disapproved of in Victorian England.

Popularity dwindled by the mid-1800s and was replaced with a more manageable and sober pretty May Queen and naughty Jack pretty much disappeared from parades. This was largely due to rival sweeps competing with each other, becoming unruly and being reported upon negatively in newspapers. 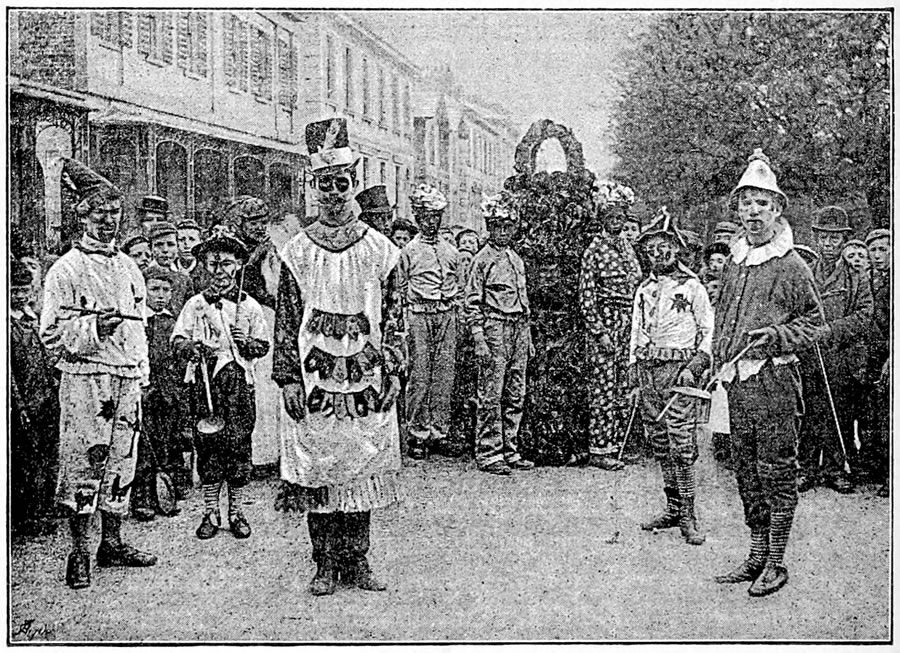 Cheltenham May Day Jack in the Green 1892

Jack in the Green did emigrate during the 1800s along with Chimney sweeps and their families looking for work overseas but quickly met the same fate as those in England.

Knutsford is said to be the oldest continual Jack in the Green Parade as part of the May Day celebrations since 1890 but was a more Victorian well-behaved affair.

History of the Hastings Jack

According to The Company of the Green Man (an excellent resource for all things Jack related), the Hastings Jack in the Green festival was revived in 1983. Prior to this, there were at least two groups who paraded a Jack in the Green until about 1889, though the earliest mention of an already established Jack in the area dates back to 1848 “Clowns, shovels, dust and noise, Jack in the Green, a sooty queen, And half-a-dozen boys.”

The latter-day Hastings four day event is one of the biggest gathering of Morris Dancers in the UK. Alongside the East Sussex 'Mad Jacks Morris' and 'Hannah’s Cat Morris', Jack is also accompanied by the Bogies, the Gay Bogies, Black Sal, the Fat Man with a Drum, sweeps, a milkmaid, giants, dancers, musicians and a large group of others dressed in elaborate green costumes. At the end of the May Day festivities, Jack is slain and his foliage is taken and distributed to the crowds to release the spirit of summer.

Many of the traditions originating from the Hastings parade have since been adopted in other parts of the UK. These include the waking of the Jack in the morning and slaying of the Jack at the end of the day, the distributing of Jacks leaves to the crowd for good luck and the burning of distributed leaves on a bonfire in the autumn.

The Bogies (see image at the top of this page) were the brainchild of Dave Lobb and their job was to escort the Jack through the crowds, protecting him from any members of the crowd trying to take home a souvenir. The Hasting Bogies are also well known for painting the faces of crowd members with green face paint. There are twelve official Bogies protecting Jack and it's recommended never to get caught in their gaze!

The Hastings Jack is made from long-lasting Rhododendron and his crown consists of red blue and gold flowers to represent the Cinque Ports.

The original mask was made by Dave Lobb and a subsequent mask made by artist Clive Hicks Jenkins disappeared one year during Jack's slaying. As far as we're aware, it's never been recovered.

Come rain or shine, the Hasting Jack In The Green festival is always a fabulous event but please, please make sure you confirm all dates on the official JITG website before making your final travel plans.