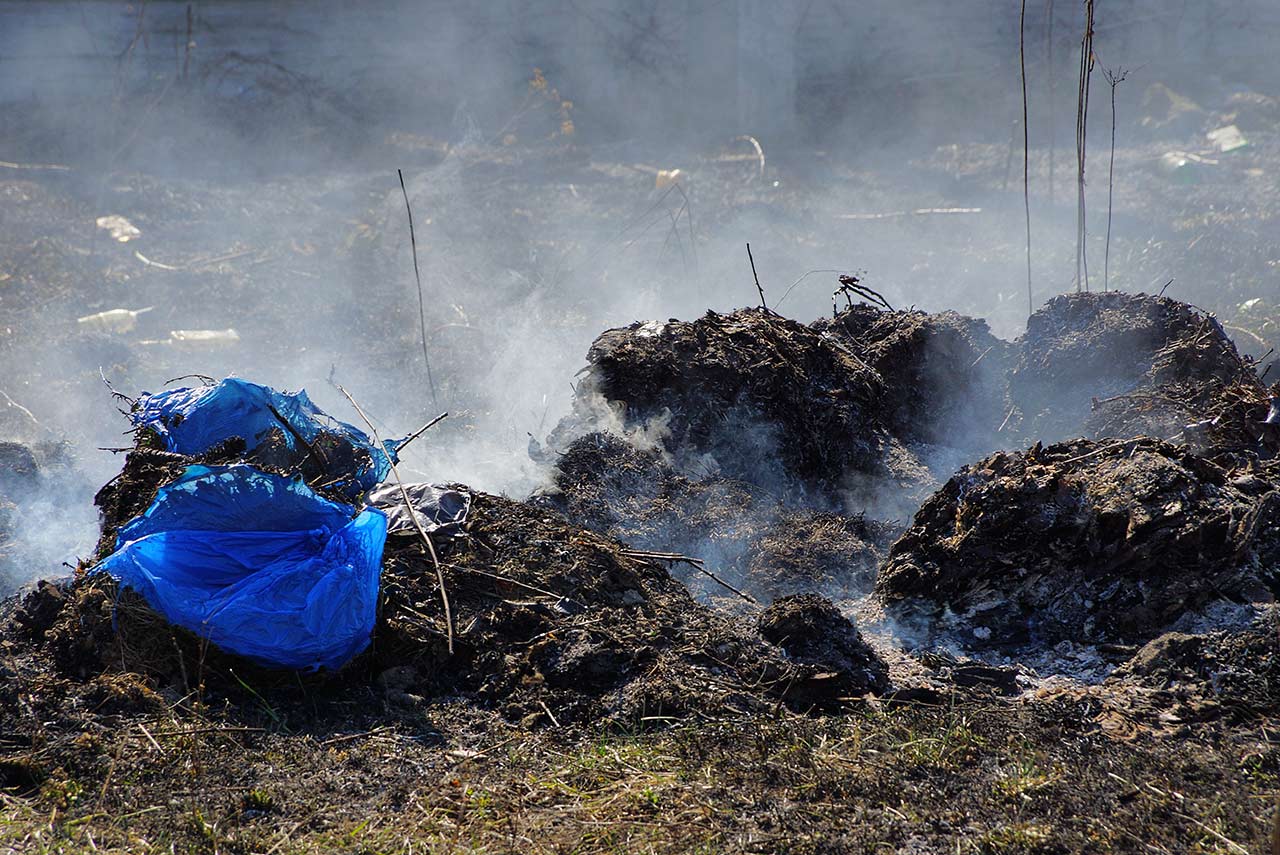 As a reputable skip hire and rubbish collection company we're required to operate as a registered waste carrier. This means we're legally allowed to carry out certain activities in line with the services we provide to residents and businesses throughout East Sussex.

However, not all companies or individuals operate this way. For example, this is the story of a 75 year old Lincolnshire man who has been fined after he pleaded guilty to operating a waste site without permission and allowing others to fly-tip there.

The man accepted and stored waste illegally at his home without a permit. Whilst some of the waste was burned, he also left his gate open which allowed flytippers to deposit other waste on his site. Waste including tree cuttings, plastics, treated wood and construction waste was kept on land at his home between 23 October 2019 and 2 June 2021.

Officers visited the site in October 2019 after reports of material being burnt at the site. Smoke from the fire was so thick that the officers were unable to see each other. Metal sheeting, aerosols, ceramic pots and plastic were all found on the burn pile. At the time, the man only had permission to burn green waste produced at his site.

Surveillance was carried out at the site during February 2020 and June to July 2020. Officers noted tipper trucks bringing waste to the site on numerous occasions during this time. They were told by drivers that a fee of £20 was being charged per load to bring waste to the site.

The man was told orally and in writing on several occasions that he was not allowed to run the site in the way he was doing. Despite this, he continued to do so. Further visits were made to the site in July 2020. An attempt to regularise some of the activities had been made with the green waste now being shredded but this still required a permit.

Additional visits were made in February 2021 and again in October that year. Despite further warnings telling him to stop, the man continued to operate from the site with mixed waste including carpets, plastic and household waste being found. In November 2021, the site was inspected via drone and found to be still operating as a waste transfer station without any permits.

He was sentenced at Peterborough magistrates’ court on May 24, 2022. He pleaded guilty to operating a waste facility without a permit contrary to Regulation 12 and 38(1)(a) of the Environmental Permitting Regulations 2016. He also pleaded guilty to knowingly permitting others to deposit waste contrary to section 33(1)(a) of the Environmental Protection Act 1990.

In mitigation, it was explained that the man had misunderstood the scope of the regulations and had made efforts to comply. He had recently cleared the site and was in the process of making an application for planning permission.

He was fined £21,693.50 which included the avoided permitting costs and financial benefit he had gained by running the illegal site. He was ordered to pay a contribution to prosecution costs of £10,000 and a victim surcharge of £181.

"We take illegal waste activity very seriously and will take the necessary action to disrupt criminal activity and prosecute those responsible". He added that the man "was advised to stop on numerous occasions but continued to disregard environmental law. He is now receiving the consequences of those actions."