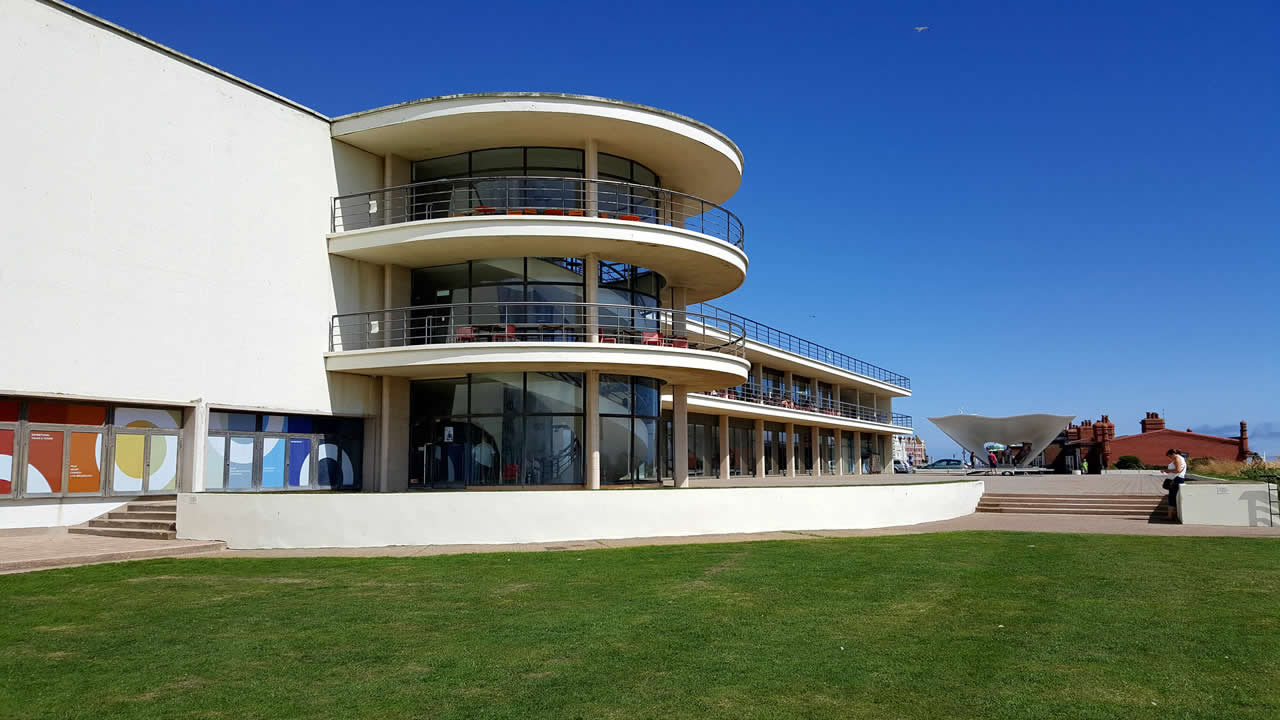 The De La Warr Pavilion is probably Bexhill's most iconic building. It was built as a result of an architectural competition that was initiated by Herbrand Sackville, the 9th Earl De La Warr. As a result, the building also inherited his name, as (we assume) did Herbrand Walk, in nearby Cooden.

Herbrand Sackville was the Mayor of Bexhill and managed to persuade the council to develop the site as a public building. In order for the project to go ahead, it would, of course, need an architect. So, in February of 1934, a competition to design the new building was announced in the Architects' Journal which would be run by the Royal Institute of British Architects.

There were a few stipulations as to what it should contain:

What was the budget and who won?

At the time, an amount of £50,000 was going to be set aside for the project but this was later raised to £80,000; a tidy sum at the time. Since there were also instructions regarding what the building should look like (adopting a Modernist/ Art Deco style) the competition attracted more than 230 entrants and many of them were already practising this type of architectural design work.

Already well-established in the Modern Movement, Erich Mendelsohn and Serge Chermayeff were the architects selected to design the De La Warr Pavilion. Construction began in January 1935 and was completed by December the same year, when it was officially opened by The Duke and Duchess of York. The design was based on a huge welded steel frame incorporation large steel-framed windows with an industrial building look/feel from the exterior.

The building remained fairly popular and after WWII, management of the De La Warr Pavilion was taken over by Rother District Council, which was then known as Bexhill Corporation. Attempts to save money resulted in the building beginning to show the first signs of dilapidation and the work that was done on the building during the 70s and 80s weren't in line with its original design specs. As a result, it became a bit of a mess and its initial splendour had long since waned. It ended up hosting car boot sales inside!

A glorious revival for the De La Warr Pavilion 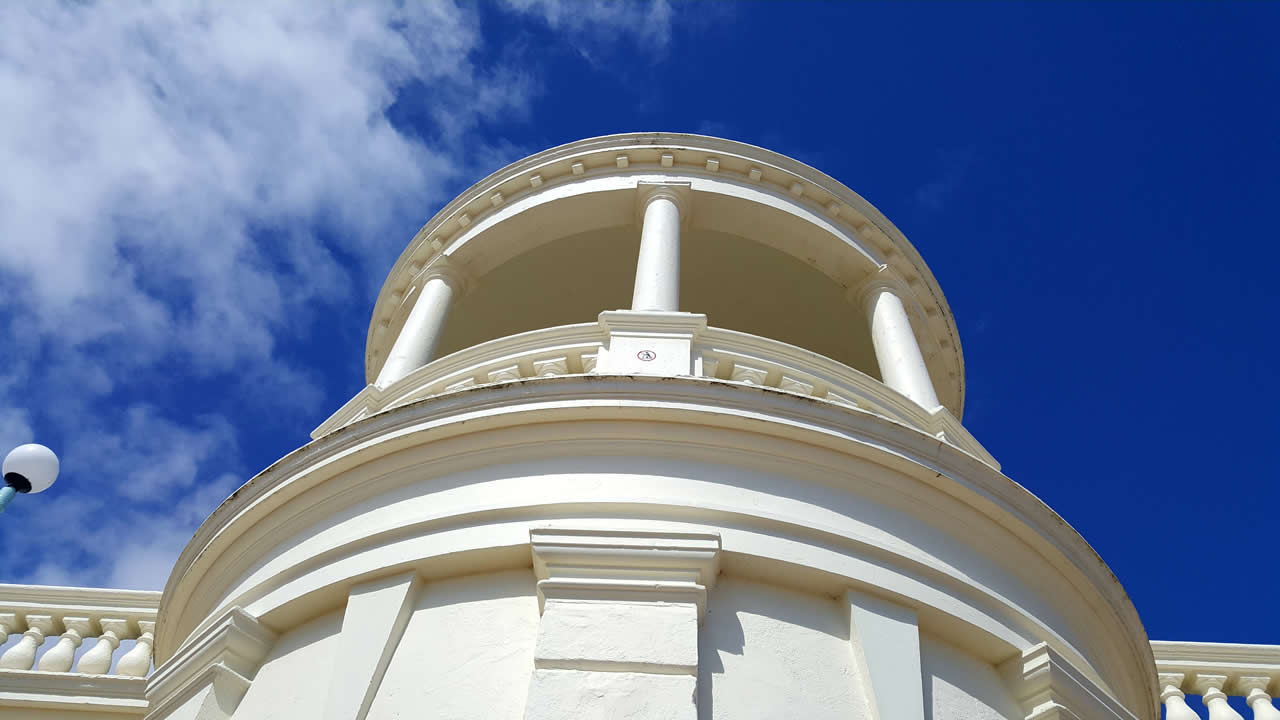 The De La Warr Pavilion had a much-needed change of fortune, when, in 1986 it was granted a Grade I Listed Building status. This significant upgrade of its status ensured that it was now protected from any more alterations to it that weren't in line with its original design. 3 years later in 1989, the Pavilion Trust was formed to protect and restore the building to its original glory.

During World War II, the De La Warr Pavilion was taken over by the military as, due to its geographical location, it was considered a possible landing place for any would-be German invasions. It was targeted by bombers and did suffer some damage to its foundations when the nearby Metropole hotel got hit.

Famous comedian Spike Milligan spent some time at the De La Warr and is quoted as saying:

"De La Warr Pavilion, a fine modern building with absolutely no architectural merit at all. It was opened just in time to be bombed. The plane that dropped it was said to have been chartered by the Royal Institute of British Architects with Hugh Casson at the controls and John Betjeman at the bombsight."

To find out more about this beautiful building and view great pics of the interior and exterior, visit the official De Lar Warr Pavilion in Bexhill website. 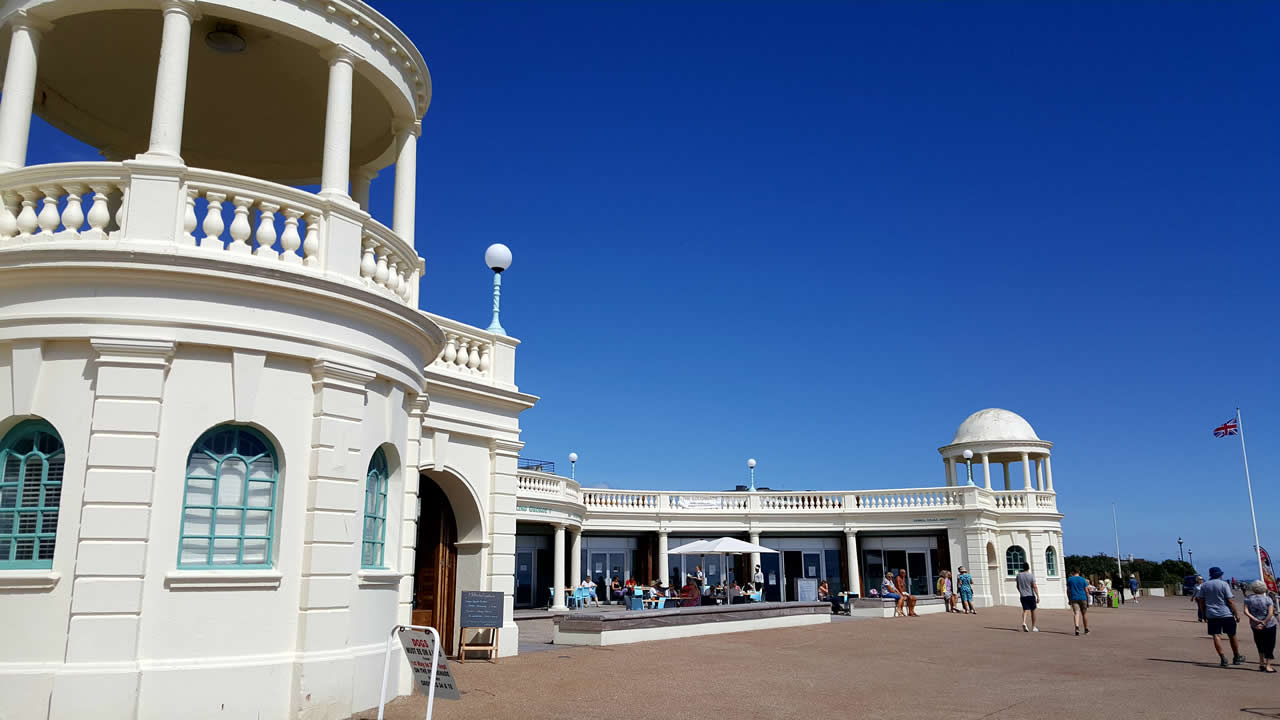 We're a professional skip hire company based in Seaford, East Sussex, and we provide a range of skip sizes to clients in Bexhill.